Cast foundries have been casting iron for hundreds of years, producing oven plates, fences, and other items but were not able to reproduce very fine details due to the techniques available at the time. Only after 1784 (First Artistic Iron Castings in Lauchhammer, Saxony) and throughout the 19th century, iron cast objects reached a phenomenal richness of detail and precision coupled with great popularity.
Internationally it became known as « Berlin Iron » or « Fer de Berlin ». In 1851, during the Crystal Palace World Exhibition, many such objects were shown.
Most of the castings are not signed and it is extremely difficult to assign a particular piece to the producing foundry. Even more difficult is the identification of artists and sculptures that generated the models in the first place.
Some of the large and renowned foundries as well as numerous smaller ones have made chess set and in some cases boards and tables as well. The main themes were usually historical battles, animals and the like, as they were popular during the 19th century.

In Germany – with Berlin having an advantage at the time that it hosted many gifted sculptors and model makers – there were a few notable large State foundries, including the Königliche Eisengiesserei Berlin, Sayner Hütte (no chess sets are known to have been made there), Fürstlich Anhaltinische Eisenhüttenwerk Mägdesprung, Gleiwitz (two chess sets are mentioned in the Prix courant of 1847, the first one from 1829), Lauchhammer, and Fürst Stollberg Hütte, Isenburg (which produced chess tables and copies of the E.G. Zimmermann sets). There were also some smaller foundries, whereby three that produced chessmen that deserve mention: Seebass & Cie. (Offenbach a/M), Albert Anton Meves (Berlin) and E.G. Zimmermann (Hanau).

Important foundries were established in the Austrian Hungarian Empire. Chess sets and boards were made by the iron works of Munkacs (today Mukascevo in the Ukraine), with one of their chess sets winning a price in the Vienna World Exhibition of 1873. Through the connections of the Russian Tsar and the German Royal family, foundry experts were set to Russia to establish artistic cast iron work there. This worked very well in Kasli (Ural region) and in St. Petersburg. The Kasli factory produced three chess sets (as can be seen from their catalogue of 1904), including a copy of the Frederic II. vs. Napoleon I set, a copy of the Zimmermann Animal set as well as a set that shows Russians vs. Circassians.. 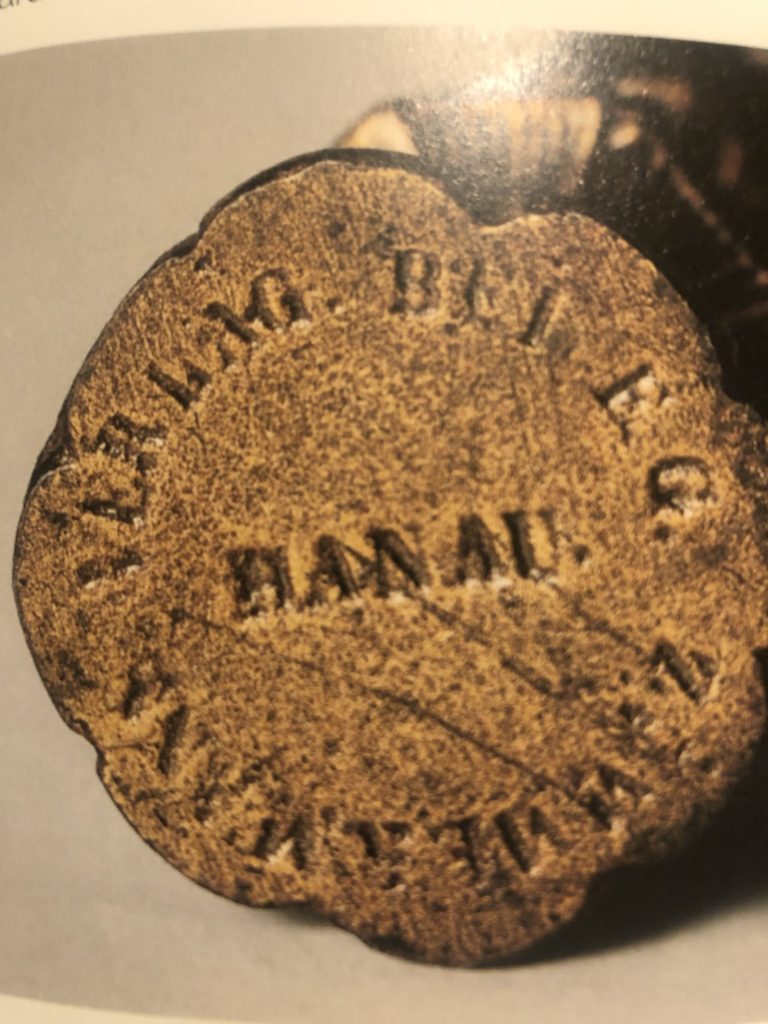 Like no other foundry at the time, the E.G. Zimmermann factory in Hanau, Germany, started very early to sign its products with the company name and often included the name of the artist. Today, we know five different chess sets that bear the Zimmermann mark. These are Germans vs Romans, The Crusades, Animals (No. 11225), The 30-Year War (No. 11479) and Frederic I Barbarossa vs. Henry the Lion (No. 14687). Source: Chess Collectors International, 12th Convention, Berlin, May 200 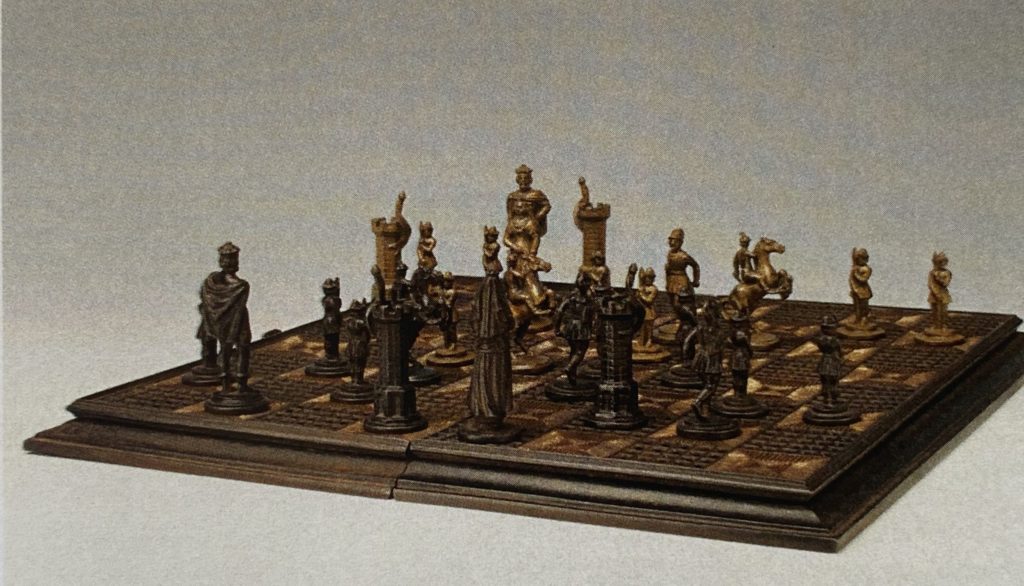 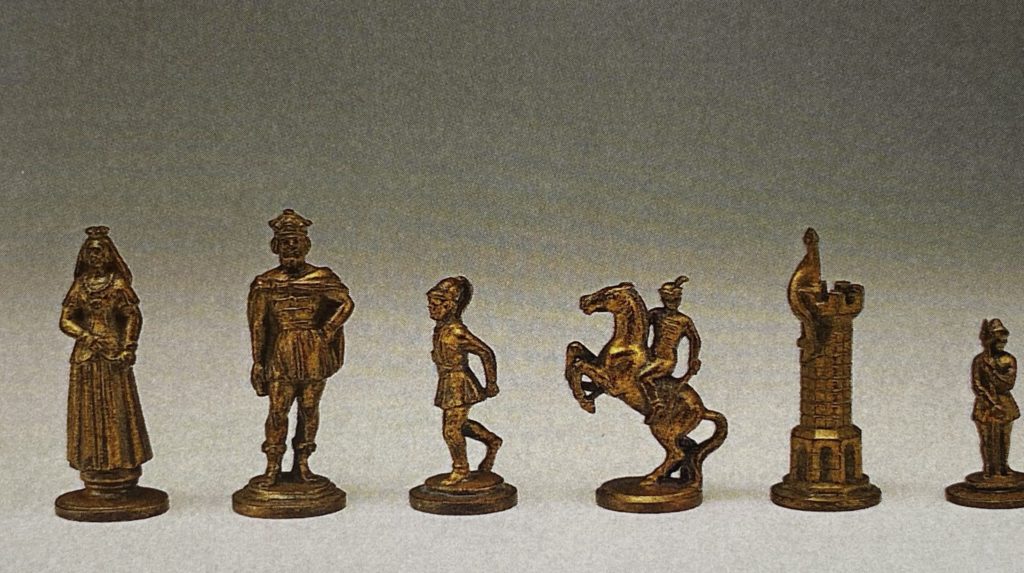 Made during the former Austrian Hungarian Empire by the “Munkasc” foundry named after the town it was located in. Today it is called “Mukacsevo” in the Ukraine. Both sides have same design, one side gold coloured, the other side is black. This set won a price in the Vienna World Exhibition in 1873. The royal pieces are a crowned king and queen, the bishops as runners, knights and castles have flags. A folding casting board offers space for the pieces in its interior. The squares are decorated with geometrical motives for “whites” and perforated for “black”, 32x32cm. King 6.6cm, Pawn 4.1cm.