Chessmen have been in Germany since the 15th century onwards. A major influence being the pieces made in the Selenus tradition. The 19th century saw an exponential growth of production in chess pieces, in tandem to the strong expansion of the game all over Germany. Chess pieces porduced were competitions were made by numerous factories, especially in the Erzgebirge region as well as in South Germany. The trend towards Staunton styled pieces became more prominent after the turn of the 19th to 20th century 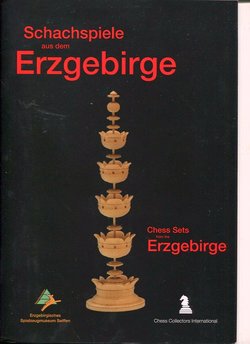